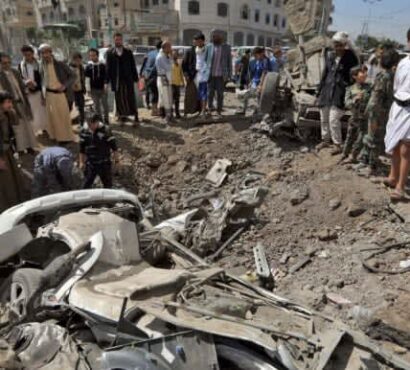 Explosions shook Yemen’s capital, Sanaa, early on Tuesday after a significant number of air raids were launched by the Saudi-led coalition forces fighting in the country. The coalition claimed the strikes were against “legitimate military targets” in the capital, which has been controlled by the Houthi rebels since 2014, according to the official Saudi Press Agency on Twitter. Loud explosions were heard near Sanaa Airport and in the city’s northern suburbs, residents told The New Arab’s Arabic sister service, Al-Araby Al-Jadeed. It comes just hours after claims by the coalition that the capita…

Computer Vision for Cleaning and Sports. The Ukrainian IT Company Powercode Has Entered the Persian Gulf Market With Its Oil of the 21st Century