Five killed after mine from Iran-Iraq war explodes in Basra 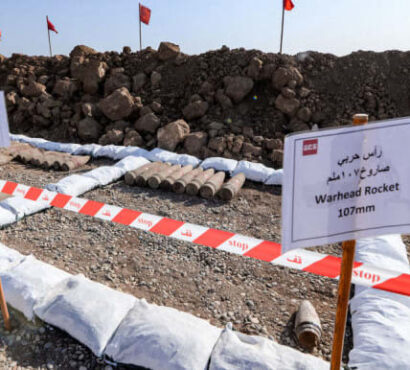 Five people were killed and five others injured on Saturday in the Rumaila area near the southern Iraqi city of Basra when a land mine dating back to the 1980s exploded, an Iraqi security source has said. Dozens of people have been killed and injured by mines and IEDs planted across Iraq in previous conflicts. The number of incidents involving unexploded ordnance has increased recently with Basra province seeing the greatest number of such incidents. The Iraqi security source, who chose to remain anonymous, told The New Arab’s Arabic-language service that those killed and injured were local pe…

Rally in Baghdad on anniversary of Soleimani's death