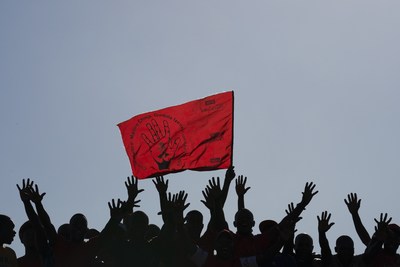 According to Orb Media’s analysis of nearly one million responses from 128 countries, this engagement dichotomy has led to a widening generation gap. Individuals under 40 are 14 percent more likely to participate in informal politics than citizens over 40. Global participation ranges have shifted from between 1 – 5 percent in the early 2000s, to 9 – 17 percent today. Individuals over 40 continue to participate in traditional political parties and vote in greater numbers.

The line between formal and informal has always been permeable. The street and the internet can’t help but influence policy. What this means for governments around the world and this generation as it ages remains to be seen.

Orb Media is pleased to partner with members of the Orb Media Network (OMN), a group of global agenda-setting media which collaborate to simultaneously publish stories together that catalyze global dialogue on critical issues, focusing the attention of government, industry, researchers, civil society, and the public.

About Orb Media
Orb Media is a nonprofit journalism organization that reports on issues that matter to billions of people around the globe. Fusing original research, data analysis, on-the- ground reporting, and an engaged public, Orb Media produces agenda-setting stories about the challenges we face together as one world. Orbmedia.org/youth.