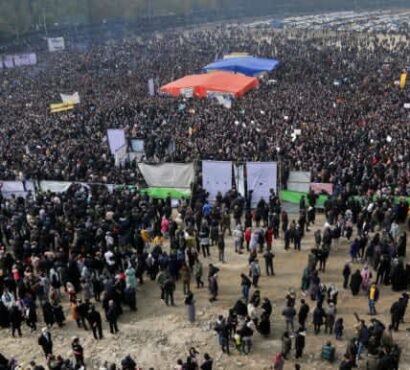 Riot police were deployed in force Saturday in the Iranian city of Isfahan, a day after dozens were arrested in violent protests over the drying up of a lifeblood river. Security forces fired tear gas during the clashes with stone-throwers in the protest in the dry bed of the Zayadneh Rood river that crosses the city, Fars and ISNA news agencies said. “We have arrested 67 of the main actors and agitators behind the troubles,” police General Hassan Karami told on Saturday. He said between 2,000 and 3,000 “rioters” took part in the protest. On Saturday, the situation was “calm” and streets empty…