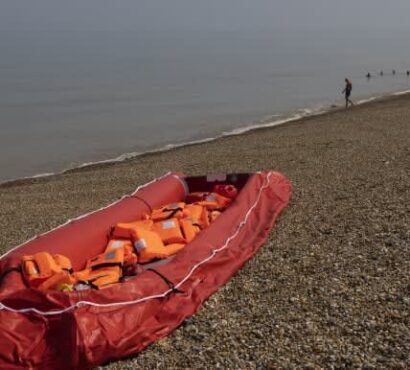 An Iraqi Kurdish woman is the first named victim of the mass drowning which occurred on Wednesday on the English channel off the northern French port of Calais. Maryam Nuri Mohamed Amin, nicknamed Baran, attempted to join her fiancé who lives in the UK by crossing the channel from France with a female relative as a surprise, her fiancé told the BBC. The 24 year old from the Kurdish autonomous region in northern Iraq reportedly messaged her fiancé as her group’s dinghy began to deflate with reassurance that they would be rescued, but Amin soon became one of at least 27 casualties – including 17…