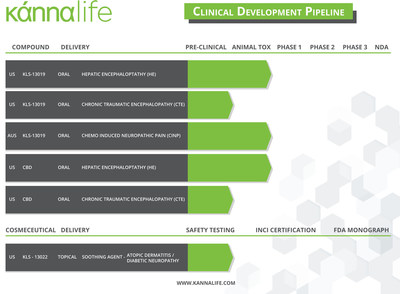 The increase in the net comprehensive income is mostly derived from the Company’s unrealized gains from its holdings in AXIM Biotechnologies. Portfolio company Kannaway showed increased revenue from $305,670 in Q1 2016 to $1,741,553 in Q1 2017, an increase of 469%.

“We are pleased to see certain management re-structuring efforts rewarded after the company made changes in 2016,” said Medical Marijuana, Inc. Dr. Stuart Titus. “We believe that our revenue and sales velocities have the ability to maintain their current momentum. We have had significant investment portfolio appreciation in terms of unrealized gains in the past year and expect ‘market-average’ performance in the future. We are satisfied with where operations currently sit and believe that in the coming years we will see other investments and company divisions adding nice value for the company and its shareholders.” 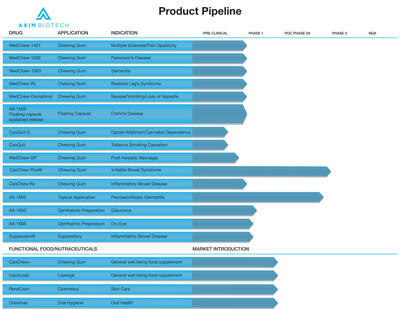 Titus added, “Further, we continue to be encouraged by the growing international acceptance of cannabis and the progress our team has made in educating the world on its many therapeutic uses. I am quite excited about international expansion opportunities. We are thankful for our dedicated team and the continued support of our shareholders.”

Wholly-owned subsidiary HempMeds US, the portfolio’s predominate consumer brand, continued to experience growth in 2017 and experienced the following milestones:

93.4%-owned subsidiary HempMeds Brazil, which received the country’s first import permit for cannabis products, achieved the following milestones in the first quarter of 2017:

Wholly-owned subsidiary HempMeds Mexico, which accomplished the first-ever import permits for a cannabis product for its RSHO™ and RSHO-X™ products from the federal governments of Mexico and Paraguay in 2016, achieved the following milestones in the first quarter of 2017:

Subsidiary Kannaway, a premier hemp lifestyle brand, recently experienced 11-times revenue growth in a year-over-year comparison, and achieved the following milestones in the first quarter of 2017:

Kannalife Sciences Inc. is an early-stage biotechnology company involved with the pharmaceutical development of new therapeutic compounds based on cannabinoids, which Medical Marijuana, Inc. owns 16.7% of. Kannalife has garnered a licensing agreement with the United States National Institutes of Health (NIH) for two indications: (1) Hepatic Encephalopathy (HE) and secondly for traumatic head injury, known as (2) Chronic Traumatic Encephalopathy (CTE).

We are a company of firsts®. Our mission is to be the premier cannabis and hemp industry innovators, leveraging our team of professionals to source, evaluate and purchase value-added companies and products, while allowing them to keep their integrity and entrepreneurial spirit. We strive to create awareness within our industry, develop environmentally-friendly, economically sustainable businesses, while increasing shareholder value. For details on Medical Marijuana, Inc.’s portfolio and investment companies, visit www.medicalmarijuanainc.com.

The statements in this press release have not been evaluated by the Food and Drug Administration (FDA) and are not intended to diagnose, treat or cure any disease.  The Company does not sell or distribute any products that are in violation of the United States Controlled Substances Act. The Company does sell and distribute hemp-based products.