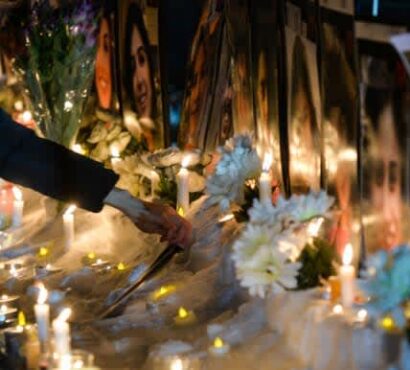 An Iranian couple has filed a rare lawsuit against three senior officials over the deaths of their children in the 2020 downing of a Ukrainian passenger plane, a newspaper reported Monday. The jet was shot down shortly after take-off from Tehran’s Imam Khomeini airport on 8 January 2020, killing all 176 people on board, mostly Iranians and Canadians. Three days later, the Islamic Republic’s armed forces admitted to downing the Kyiv-bound Ukraine International Airlines flight PS752 “by mistake”, at a time of heightened tensions with arch foe the United States. Bereaved father Mohsen Assadi-Lari…